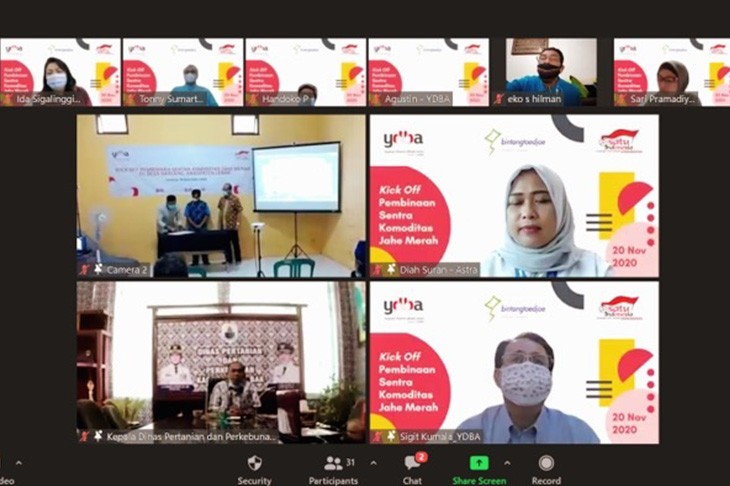 The agricultural sector is one of the sectors that support the improvement of the economy in the country. One such sector is the red ginger commodity which has open market potential both in the national market and in the global market. Along with the development of the food and beverage industry, as well as the development of domestic herbal medicine companies, red ginger is an important commodity needed as a basic ingredient for making food, herbs and other herbal medicines.

On November 20, 2020, Dharma Bhakti Astra Foundation (YDBA) inaugurated the Red Ginger Commodity Development program involving 30 farmers assisted by YDBA in Hariang Village, Lebak Regency, Banten. The inauguration was marked by the signing of a joint commitment by YDBA represented by the Head of the Planning & Development Department of YDBA Edison Monoarfa, The Head of Hariang Village, Lebak Regency, Banten represented by Rapei and MSMEs Pilots Built by YDBA Atim.

The inauguration of this coaching program was carried out as YDBA's commitment in contributing to making red ginger farmers independent, rising in class until they were ready to market their products to the international arena. The inauguration of this coaching program was also held to maintain and increase the spirit of MSMEs to continue to consistently run programs that support the improvement of insights and skills in producing products in accordance with quality, cost and delivery (QCD) standards.

The Spirit of Collaboration To Realize Hope